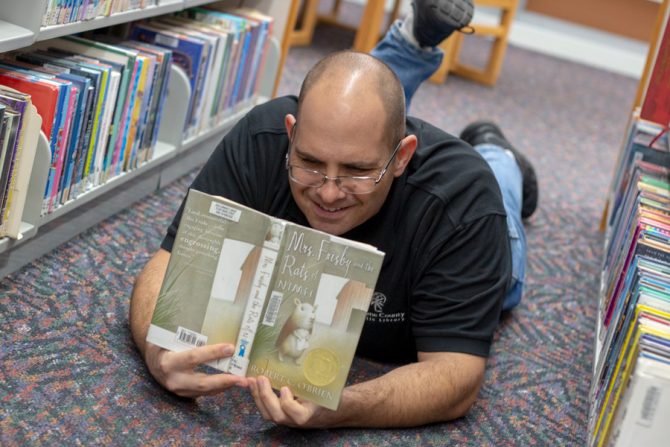 I loved Mrs. Frisby and the Rats of NIMH by Robert C. O’Brien when I first read it in elementary school, but it was as a teenager that seven words in it made a huge impact on me.

Mrs. Frisby is a mouse with a sick son—so weak he won’t survive the family’s upcoming move to the forest to avoid the farmer’s plow. Her only hope comes from a colony of rats who escaped from NIMH (the real-world National Institute of Mental Health) after scientists there genetically modified them for exceptional intelligence and lifespan.

Upon visiting the rats, Mrs. Frisby is astounded by their highly technological and literate civilization—as well as their Plan.

“Why, to live without stealing, of course.”

The rats have realized that, despite their intelligence, they’re still dependent upon humans. They scavenge human tools and tap their electricity. The rats have decided to leave it behind, and create a home for themselves where they will grow their own food and either create their own tools and technology or live without.

This was precisely the role model that teenaged me needed.

At the time, I was becoming increasingly unsatisfied by being dependent on my parents, even though I couldn’t have put that feeling into words yet. But having my needs provided for was no longer a good trade-off for the lack of freedom of childhood. Rereading Mrs. Frisby as a teenager—and those seven words in particular—was when I first understood that independence was a possibility, and something to work towards and prepare for.