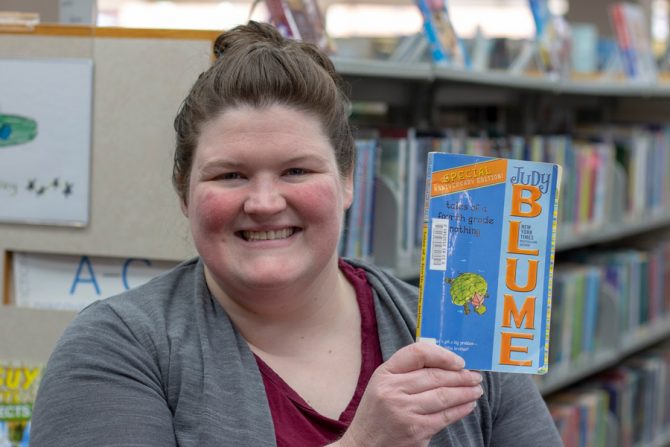 One of the wonderful things about children’s books is how they can provide an outlet for emotions that are hard for kids to express without hurting someone.

“I had a sister who was two and a half years younger than me, and I think a lot of kids feel that younger siblings get everything handed to them and that everyone cares more about them,” says Brittany, the Stack Manager at Xenia Community Library. But reading Judy Blume’s Tales of A Fourth Grade Nothing, she was able to identify with nine-year-old Peter Hatcher as he had to cope with the antics of his exasperating two-year-old brother, Fudge.

When Fudge eats Peter’s turtle, for example, the family only seems to worry about the younger brother. Fudge is plied with presents even after it’s clear he’ll be fine. Nobody seems to care about the loss Peter has suffered.

Being able to read about Peter’s challenges helped Brittany cope with being the older sister. “I could see that I wasn’t the only one going through it,” she says, “and I could get as mad at Fudge as Peter was without consequences.”