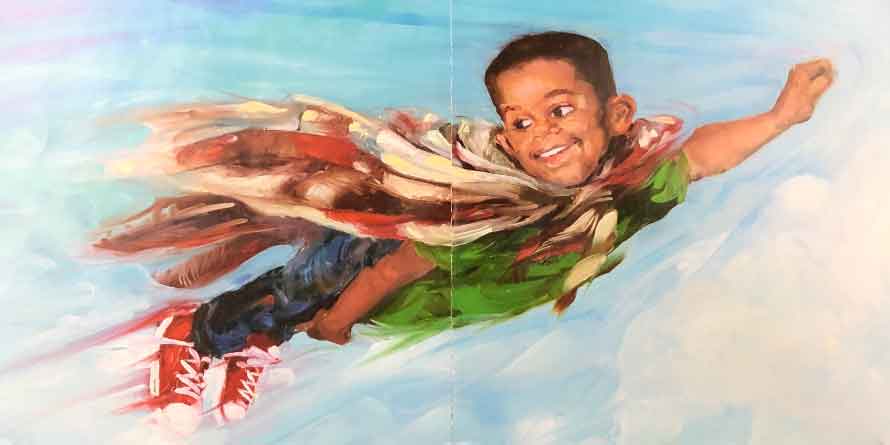 "I am Every Good Thing" Beavercreek StoryWalk

Beginning in mid-February, join us in Beavercreek for a very special StoryWalk, featuring I am Every Good Thing, an upbeat, empowering, important picture book from the team that created the award-winning Crown: An Ode to the Fresh Cut.

"I am
a nonstop ball of energy.
Powerful and full of light.
I am a go-getter. A difference maker. A leader.

The confident Black narrator of this book is proud of everything that makes him who he is. He's got big plans, and no doubt he'll see them through—as he's creative, adventurous, smart, funny, and a good friend. Sometimes he falls, but he always gets back up. And other times he's afraid, because he's so often misunderstood and called what he is not. So slow down and really look and listen, when somebody tells you—and shows you—who they are. There are superheroes in our midst!"

Read a picture book as you take a walk by the lake in Beavercreek's Dominick Lofino Park. The StoryWalk® is updated several times a year, so you can enjoy a new story when you visit again.

The StoryWalk® Project was created by Anne Ferguson of Montpelier, Vermont, and developed in collaboration with the Kellogg-Hubbard Library. StoryWalk® is a registered service mark owned by Ms. Ferguson.