The library reserves the right to cause to be ejected from the library and to refuse further admission to those individuals who may violate the rights of the library staff or library users, or who create disorder in the library in any of the following situations:

In the event that a patron who has violated the library’s Patron Behavior policy is ejected from the library and/or refused further admission to the library for a set time or permanently, the director, head librarians, or their designates may at their discretion send written confirmation stating the period during which the patron may not enter any library facility. This letter may also include the reasons for the patron’s barring and any conditions under which the patron will be re-admitted to the library. Notices regarding the barring of a minor patron from the library will be sent to the minor patron’s parent or legal guardian.

Inappropriate behavior includes but is not limited to:
Loitering, sleeping, gambling, voyeurism (peeping Toms), molestation, using obscene language, solicitation, public intoxication, the use of tobacco products or e-cigarettes, or consuming food or beverages, except for beverages that are covered by a lid or cap. Persons who willfully violate these rules will be asked to leave the library, or when appropriate, be subject to arrest.

Unsupervised children who are disruptive by loud talking, playing or running in the stacks, elevator or on stairs, and/or mistreat library property or whose behavior interferes with other library users will be asked to leave the library.

Patrons are required to wear shoes and a shirt at all times.

For public safety, movement within the library by skateboard, roller blades, or roller skates is not permitted. The only wheeled vehicles that can be used in the library are baby buggies, strollers, wheelchairs, and other assistive devices for the disabled. Bicycles are to be parked outside of the library proper.

5F. Refusal to Leave the Library

Any patron refusing to leave the library after the hours set by the Greene County Board of Trustees for closing is considered in violation of Ohio Revised Code 2911.21 regarding trespass.

Weapons are prohibited in the library. The library Ohio Revised Code 2923.1212 states "Unless otherwise authorized by law, pursuant to the Ohio Revised Code, no person shall knowingly possess, have under the person's control, convey, or attempt to convey a deadly weapon or dangerous ordnance onto these premises." A weapon is defined as a handgun, rifle, knife, and/or any other object whose purpose or use is to inflict physical harm to another individual.

5I. Personal Communication and Entertainment Devices

Items such as, but not limited to, pagers, cellular phones, personal computers, portable listening devices, and radios are to be kept at a volume which does not disturb other patrons or staff in the library. Cellular phone users will be directed to converse on them in the library entryways.

5J. Animals in the Library

Owners or caretakers of animals who bring animals on to GCPL's premises outside of the library buildings must ensure that the animals do not run at large on GCPL's premises.

Dogs, cats, and all other animals who may reasonably be leashed are to be kept on a leash not to exceed 6 feet in length at all times on GCPL premises outside of the library buildings.

Animals secured inside of a vehicle on GCPL premises are deemed to comply with this section.

Get a Library Card 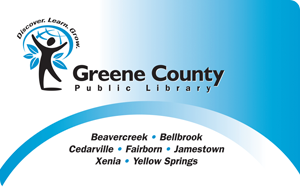